Yes, you read that right. Who wouldn’t want a Tardis chicken coop in their backyard? The design features a 16 square feet chicken coop, ideal for about four to five chickens, depending on the breed. It also includes in the design a 40 square feet run.

The creator of the Tardis Chicken Coop includes several pictures to make the process easier for you. This coop is perfect if you are a fan of Doctor Who! It won’t take you any longer to build this coop than the other ones on the list! See the plans HERE

I love the simple design offered by the Backyard Chicken Coop. It would be so easy to jazz it up with different paint colors and exterior decoration. The coop holds up to five chickens, depending on the breed. Best of all, it should cost you less than $75 to make this coop. That is impressive! See the plans HERE

If you want to impress your neighbors, this chicken coop is for you. It offers space for you to store your supplies, an outside area for the chickens and plenty of nesting space. However, the only downside is that the creator doesn’t offer plans. You have to use your skills to create a coop that looks similar. There are plenty of pictures of the building process and the interior that allows you to create the plans yourself if you want. See the plans HERE

The White Picket Fence Coop is quaint and adorable. There are no other words to describe it! Technically, the coop is large enough to hold up to 12 chickens. There are detailed plans that let you create the coop with ease. The painted shingles on the outside of the coop make the design. Pick a color that you love and will match your house! You could even add a real white picket fence around the run if you wanted. See the plans HERE

Creativity is the name of the game with the Chicken Hotel. The creator went all out with the theme, creating a coop for up to six chickens. It looks like the coop came out of the Wild Wild West! The base is 6 feet x 10 feet, so you might be able to house more chickens of a smaller breed. If you love old western movies, you’ll love this coop! See the plans HERE

Before you design or select a chicken coop, make sure that you determine your flock size. Chickens need a specific amount of space. You don’t want to overcrowd your chickens. They need space to move around comfortably. Building a coop that is too small for the flock you have could pose health hazards, like ventilation issues. Make sure that you also include space outside for your chickens. Outside time is crucial for their well-being! 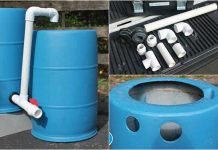 How To Build A DIY Water Treatment Train 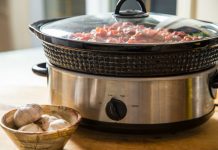 How To Freeze Fresh Eggs The Right Way

How To Clean And Freshen Up Your Mattress

How To Build A DIY Water Treatment Train

How You Should Clean Your Mattress