A crystal radio receiver, also know by crystal set or cat’s whisker receiver, it is basically a simple radio receiver, these was popular in the early days of the radio. A crystal radio needs no other power source it receives the powers solely from the radio waves received by a wire antenna. It gets its name from its most important component, known as a crystal detector, originally made from a piece of crystalline mineral such as galena.This component is now called a diode.
The simplest radio of all is the Crystal Receiver. This is the radio that soldiers in foxholes during World War 1 built out of scraps of wire, rusty razor blades, and telephone headsets.  The crystal radio needs no battery power at all! It runs off of the micro watts of power present in the signal that reaches its antenna.This is no pocket portable! But it works forever!  Check out this article below.

How To Build A Tilt Out Trash Can For Your Kitchen 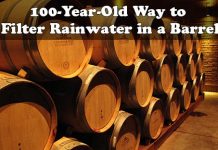 100 Year Old Way To Filter Rainwater In A Barrel 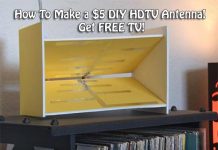 How To Make a $5 DIY HDTV Antenna! Get FREE TV! 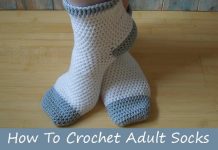 How To Crochet Adult Socks 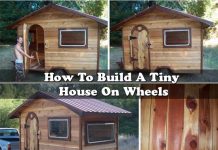 How To Build A Tiny House On Wheels

How To Build A Tilt Out Trash Can For Your Kitchen

100 Year Old Way To Filter Rainwater In A Barrel

Do It Yourself Heavy-Duty Rocket Stove