The Ultimate Guide To Companion Planting

When you plant your garden, do you plant all the lettuces together? Are the tomatoes segregated from the carrots? Did you know that some plants chemically inhibit or enhance the growth and well-being of other plants and that, whether you are a small-scale gardener or a large-scale agriculturist, you can use these compatibilities to increase the vitality and yield of your own garden? Companion planting is a technique used by gardeners and farmers, in industrialized countries and developing counties. Many of the principles we utilize today were present centuries ago in the cottage gardens of Great Britain, Asia, and thousands of years ago in Mesoamerica.

The phrase “The Three Sisters” refers to a technique involving the three main agricultural crops planted by Native Americans, typically in the region that would become northeast America. These crops are winter squash, maize (corn), and climbing beans and planting them together allows them to benefit each other. Corn stalks provide support for the beans to climb. Beans provide nitrogen to the soil, which the other plants use. The squash fans out across the ground, blocking sunlight. This prevents weeds and acts as a living mulch, creating a microclimate that retains moisture and deters insects with its prickly hairs. This technique also saves space, allowing different plants to thrive in close proximity to each other without crowding by occupying the vertical and horizontal sphere.

The Three Sisters is a tried and true example of what is more broadly known as companion planting. There are many different ways that plants can help each other. They can provide nutrients to other plants, attract beneficial insects such as pollinators, deter or deceive harmful insects, offer physical support, and protect other plants from wind or heavy snow. Cool weather crops, such as spinach and kale, keep weeds at bay while waiting for the soil to warm enough for later crops and certain things planted in the Fall add nitrogen and protect the soil from erosion; these crops can be dug under in the Spring, adding organic matter to the soil and increasing its nutrient content.

Before getting into the nitty gritty of compatible plants, let’s go over some notable incompatibilities and general ground rules for avoidance. First of all, avoid monocultures. Instead, try planting a mix of short, shade tolerant plants beneath taller plants. If all of your plants require full sun, position taller varieties at the north end of your garden and shorter ones on the southern end. While herbs are generally beneficial when interspersed with other plants, be sure to keep dill away from tomatoes and carrots. Similarly, garlic, chives, and onions should be separated from beans. And do not mix fennel in with anything; it is incompatible with most other plants.

Check out page 2 for infographics and helpful charts 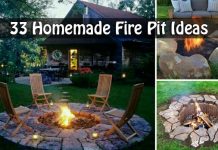 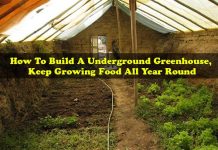 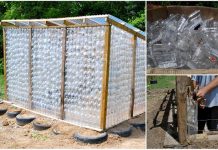 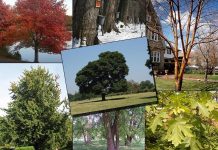 18 Trees That Can Be Tapped For Sap And Syrup 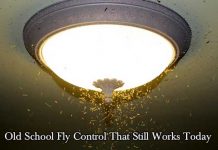